Do You Have What It Takes To Become A Part of
Rob Swanson's Success Team?

Toni, a stay-at-home mom with a toddler followed the steps I told her to take and she pocketed $10,000 in her first 45 days, even having no prior real estate investing experience.

Paul flipped 33 houses the year before joined my Platinum Circle Success Program. By everyone’s account, he was successful.  But he had 1 glaring problem, Paul was working 80 to 90 hours a week, he was making a ton of money but his life was out of control. Paul joined my Platinum Circle because, as he put it “I want to do what you’re doing, go fly fishing in the middle of the day. What do I have to do, to do that?”

Sixty days after we started working together, he had systems in place in his business and he called me on a Thursday morning about 9:50 am and said, “Rob, I’m making as much money as I was before but I’ve gone to the gym every day this week at 10.  I’m walking in right now.” I helped Paul take control of his time.

See What Others Say

From Homeless To 6-Figures And MORE...

Chad was a total newbie. He had never done a real estate deal in his life, but he didn’t want to spend too much time learning. He wanted to hit the ground running. Like lots of people new to real estate, he was beating his head against the wall trying to make it happen in a highly competitive market and everyone else beat him to all the deals. Within 10 days of saying “Rob, I’ll follow your 18 steps,” Chad flipped a house and made his first $5,000.  From there, Chad finally had a roadmap and a process to follow again and again…

Kyle had been studying real estate investing and had flipped a couple of houses, so he had made some good money… but he was struggling with getting consistent cash flow.  To get consistent results Kyle knew he would have to do something different. So that’s when he called me and said, “Ok, Rob, I’ll do it exactly your way…” Soon after, he flipped 3 houses and put over $13,000 in his pocket in 1 week.”

Tim got a lead from a property owner that needed to sell a house he owned 6 states away. Tim didn’t know find a buyer in another state. By following 5 simple steps I showed him, Tim flipped the house, solved the homeowner’s problem and put $6,000 in his pocket. 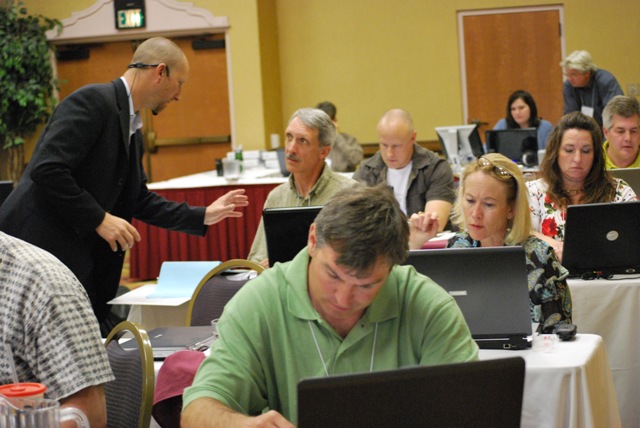